Left 4 Dead 2 Crossover Event is back! 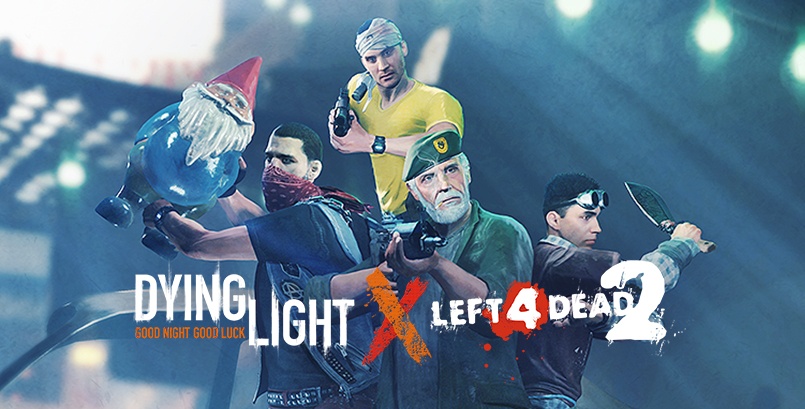 Get ready for zombie madness, as we’re bringing the Left 4 Dead 2 crossover event back. Don’t miss the chance to explore the new free DLC, show Virals who’s boss during the special Viral Rush event, and check out the new type of ammo, which will help you survive the bloodbath.

Meet Bill and Gnome Chompski. You already know them? That’s great because now they’re coming to Dying Light as a new playable model and a two-handed weapon. Download the new DLC to enjoy these iconic Left 4 Dead characters in Harran, and have the best of both worlds.

That’s not all! We’re bringing the amazing Left 4 Dead 2 gameplay experience to Dying Light in the Viral Rush event. Face hordes of enraged zombies in this extremely challenging game mode, and try to survive. To make it a bit easier, and a lot more fun, you’ll be able to use a new type of shotgun ammo that gives the infected a taste of fire and brimstone. And remember – whenever you get tired of fighting off endless zombie hordes, you can turn the Viral Rush event off in the options menu.