A Free Weekend and a special event for Dying Light’s Anniversary! 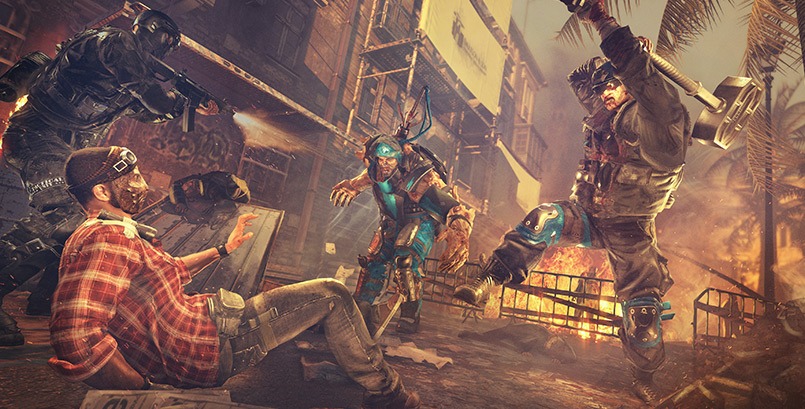 Try out Dying Light during a free weekend on Steam and celebrate its 6th birthday with two weeks of Zombie Hunt!

If you or any of your friends still haven’t tried Dying Light, there couldn’t be a better time to fix that! From February 25, you’ll be able to play Dying Light for free on Steam for the entire weekend. Explore Harran, the post-apocalyptic city taken over by zombies. Master parkour and combat skills, learn crafting and fight the infected, as you unravel the mysteries of a deadly infection. Want to play with friends? Try the co-op mode! Test it out, and if you enjoy the game and choose to continue your adventure, you’ll keep all the progress you’ve made!

Although we’re celebrating, the citizens of Harran are still in grave danger. A while ago, the GRE sent their agents into the field, equipping them with special boost potions—the “GREcipe”. Unfortunately, the mission didn’t go off as planned and the operatives died. Now, they walk around Harran as undead, terrorizing the city and wreaking havoc among survivors. And that’s not all. Since the “GREcipe” caused mutations in their bodies, they are not just some regular undead, but tough and strong freaks of nature. It’s going to take skill and wit to hunt them down, but the bounty is generous.

First, find and pacify Hothead Joe, an undead HTU officer. You’ll recognize him by his size and the HTU helmet. Defeat him, and you’ll be free to loot his “HyperArgument” hammer as well as other higher-level items. Being a special goon, he’ll also grant you a significant XP boost each time you kill him! When on your way, make sure to also help the survivors scattered around Harran. Assist them, and if the community reaches the goal, you’ll be rewarded with a gold weapon! You’ve got one week to deal with Joe and save the survivors, as another freak of nature is already approaching, and he’ll be here soon.